Art Holder has been a valued educator at Judge Memorial since 1993. For the past 25 years at Judge he has taught classes in World Languages, AP Human Geography, Human Geography, and English Language for International Studies. Additionally, he was the moderator for Judge Mock Trial from 2005-2008. He continues to study linguistics and other languages in his spare time.

Mr. Holder holds himself to the highest of standards and expects the same of his students. He nurtures and inspires students to achieve their goals through dedication and determination. A Judge alumnus, Elizabeth Lewis '14, credits Mr. Holder "for instilling a love of language learning in me as a Freshmen in High School ... I would not be where I am today had it not been for such an amazing teacher like you."  Ms. Lewis received a Fulbright U.S. Student Program grant for the 2018-2019 academic year and serves as a Fulbright English Teaching Assistant in Belarus. She is a Rhodes graduate with a double major in political science and Russian studies.

A strong work ethic is evident in Mr. Holder's own schooling. His hard work paid off as a senior in high school when he was his school's only National Merit finalist. After his sophomore year in college, he was a pipe fitter's assistant at Avondale Shipyards in New Orleans. While living and teaching in New Orleans, Mr. Holder became an exchange teacher for a year where he taught English as a foreign language at a high school in Winterthur, which is north of Zurich, Switzerland. His first job after his B.A. in German, was moving furniture for Mayflower Movers. In graduate school at Columbia he worked as a temp for Kelly Services. 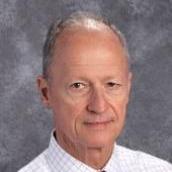