Mr. James Cordova, an alumnus of the class of 1988, has been part of the Judge Memorial community since 1999. Mr. Cordova is the Community Coordinator and Assistant Dean, head football coach, and has also taught health and physical education classes. He also helped coach softball and track during his tenure at Judge Memorial.

Mr. Cordova loves his job because of the “great people who inspire every day. That is both students and teachers.” Mr. Cordova has a strong reputation with the students of being easily approachable and willing to help out any student in whatever way he can. When he interacts with students, it’s very easy to see why Mr. Cordova loves his job. Similar to how he loves his job one of his favorite activities to do is ride his bike. When the weather is nice, Mr. Cordova often rides his bike to school. He starts his day off with one activity he loves to go to a job that he loves. 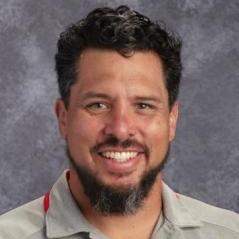 Other
JMCHS Class of '88 & Past Parent