Dr. Chris Sloan has been a member of Judge Memorial’s English Departmen since 1986. He teaches English Language, New Media, and photography. He serves as an advisor to both the Bulldog Press and the Bioengineering Club and he was instrumental in the development of the school’s website. Additionally, he is a teaching consultant for the National Writing Project and KQED Education.

Not only admired and respected by his students and colleagues as a dedicated educator, Dr. Sloan is also a talented musician. He was voted by students to be the inspirational speaker at the farewell assembly in 2010 and then again in 2014. At the senior farewell assembly for the class of 2010, he shared his thoughts on life, “You have to take advantage of it and celebrate life when you can.” An experience early in his life helped him to realize that “life is short and life can be pretty hard, but I also realized that life is beautiful. So every day I think to myself, I’m so happy to be here." He ended his remarks by playing the guitar and singing "True Colors" to further illustrate this message. He was voted by students to speak again in 2014, when he gave an encore performance singing “What a Wonderful World".

When asked what advice he would give to students, Dr. Sloan responded, “Live for others.” This is modeled beautifully in his own life when he created a video to chronicle his father’s service in World War II. Not only did he preserve an important moment in his father's history, but he was able to spend time capturing many wonderful moments with a person whom he loves and admires. “My dad is my role model because he’s a good soul”.

A little known fact that many may find surprising, is that Dr. Sloan is a dual citizen of the Republic of Ireland and the United States of America. When not investing his time with his students and family, Dr. Sloan enjoys traveling, gardening, and home repair. 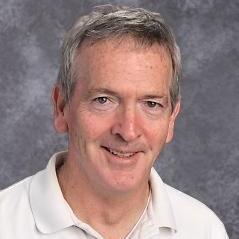