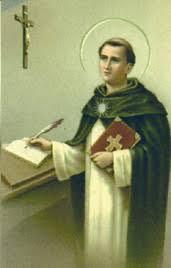 From the moment God revealed himself visibly and definitively through the person Jesus, people have wondered about this mystery called the “Incarnation”, the mystery of God became flesh in human history. The contemporaries of Jesus were amazed at the gracious words that came from His mouth, the mighty deeds He did, and the contrast of his humble background as the son of a carpenter, the son of Mary. In the early days of the Church people began studying about the person of Jesus Christ, his origin and nature. Even in our own time, Pope Emeritus Benedict XVI published three books on “Jesus of Nazareth” to share with us his fruits of contemplation on the “Face of Jesus” that stems from his years of pursuit in studying and meditating on the person Jesus of Nazareth. Like Benedict XVI, those who are committed to search for the face of Jesus in the light of faith come to realize that their living relationship with the Lord Jesus is being enriched, deepened, and overflowed into the lives of others.

Beginning this Advent season, as an aid to your on-going faith formation, I would like to share with you some snapshots of the Lord Jesus Christ according to the teaching of St. Thomas Aquinas (i.e. The Summa Theologiae): Through the Seasons with St. Thomas Aquinas’ Christology. In this theological weekly column, I would like to focus our study and meditation on Christ during the special liturgical seasons throughout the academic year 2019-2020. For instance, beginning with this Advent season we will meditate upon the mystery of the Incarnation the Word of God; during Christmas, the Birth of Jesus; for Lent, his Passion and Death; and in Easter Season, his Resurrection. I hope these special studies on Christology, which is derived from the rich fruits of contemplation of the Angelic Doctor, will deepen the foundation of our faith, increase our fervor in prayer life, and enrich our on-going living relationship with the Lord so that we might become more mature Catholic Christian believers and joyful witnesses for God in the world.

Sincerely in Christ the King,

Meditation on Christ through the Seasons

A Christological Study according to St. Thomas

Why did Jesus limit himself in evangelizing the Jewish people and not the gentiles?

In analyzing the way by which the Lord Jesus taught the people, St. Thomas observes that it is fitting that the Lord first preached to the Jewish people for the following reasons:

First, the Lord Jesus Christ wanted to show that his coming into the world fulfilled the messianic promises which had been made to the Jewish people throughout the Old Testament. As for the non-Jewish people or known as gentiles, they would participate in the same messianic salvation shortly afterward.

Second, the coming of Christ into the word was from God, and God always does all things in proper order. Thus, the teaching of Christ ought to be proposed first to the Jewish people since they were the first ones that had been closest to God through faith and divine worship. And through this chosen people, such divine teaching would be transmitted to the rest of the world.

Third, it is on the cross that Christ would merit properly the power and lordship over the gentiles, over all people: “He humbled himself, becoming obedient to death, even death on a cross. Because of this, God greatly exalted him and bestowed on him the name that is above every name, that at the name of Jesus every knee should bend, of those in heaven and on earth and under the earth, and every tongue confess that Jesus Christ is Lord, to the glory of God the Father” (Phil 2:8-11). Therefore, it follows that the Lord did not carry out the preaching of his doctrine to the gentiles prior to his Passion, Death, and Resurrection. But after his Resurrection, he would send his apostles and their successors to preach the Gospel to all the world: “Go into the whole world and proclaim the gospel to every creature” (Mk 16:15).

Of course, there are some notable exceptions to above general observation. During Jesus’ ministry in the lands of Judea and Galilee, there were some gentiles or non-Jewish people who approached the Lord and received the teaching directly from him because of their exceptional faith in him. The Lord did not turn them away but opened the Kingdom of God to them. For examples, the Samaritan woman (Jn 4:4-42), the Greeks who came to him (Jn 12:20), the Canaanite woman (Mk 7:24-30), and the Roman centurion (Mt 8:5-13). The Lord once said, “Everything is possible to one who has faith” (Mk 9:23). Angel Gabriel said, “For nothing is impossible for God” (Lk 1:37).

In Articles 2 through 4 of this Question 42 from the Third part of the Summa Theologica, St. Thomas also gives affirmative and sound reasons why at times the Lord Jesus Christ treated the scribes and Pharisees quite harshly, why the Lord was speaking about the Kingdom of Heavens to the crowd in parables, and why he also limited his teaching by way of oral communication instead of writing (Read ST III, Q. 42, Art. 2-4).

Meditation on Christ through the Seasons

A Christological Study according to St. Thomas

Whether Christ should have worked miracles?

Absolutely speaking, the truths of the faith themselves are 100% non- demonstrable (e.g. the mysteries of Trinity, the Incarnation, the Eucharist, etc.), for what is demonstrated is no longer believed because it is already seen, but what is believed is because it is not seen: “Faith is the realization of what is hoped for and evidence of things not seen” (Heb 11:1). Although it is certain that we cannot see totally the intrinsic truths of the faith, we do see with total clarity and certainty the motives that make these truths credible. Among the motives for the credibilities of our faith, miracle occupies the first place. Miracle, by definition, is a reality done by God that is outside the natural order, for his divine power supersedes natural order.

Concerning the issue of whether Christ should have worked miracles, the Angelic Doctor has given an affirmative answer. Yes, it was fitting and necessary that the Lord Jesus Christ had worked the great miracles so to have proved his divine mission among the people.

According to St. Thomas, there are two motives when God bestows on a person the power to perform miracles:

The first and principal reason is for confirmation of the truth which that person teaches, truth that acknowledges Jesus Christ come in the flesh (1 Jn 4:2). When things which exceed the human capacity and reasons, such things need to be shown with arguments coming from divine power, so that in seeing the one who performs such wonders which God can do either directly or indirectly, the people might believe that such teaching comes from God. Analogically speaking, upon seeing a letter sealed with the authentic, royal seal of the king, such person would believe that the content of the letter comes from the king himself. True miracle is like a seal of the letter which contains divine teaching.

The second motive for miracle is for the revelation of the presence of God in the chosen person by the power of the Holy Spirit; so that, in seeing such person doing the works of God, people might believe that God truly lives in him by grace. Thus, St. Paul writes, “The one who supplies the Spirit to you and works mighty deeds among
you” (Gal 3:5). And to each individual the manifestation of the Spirit is given for some benefits, for the common good (1 Cor 12:7).

Thus, by one form or another Christ is manifested to others; namely, that God was in him, not through adoption, but through the hypostatic union, and that his supernatural doctrine came from God. Therefore, it was most fitting that the Lord Jesus Christ had worked miracles. Jesus once told a crowd, “If you do not believe me, believe the works I do” (Jn 10:38). And elsewhere he also said, “The works that the Father gave me to accomplish, these works that I perform testify on my behalf that the Father has sent me” (Jn 5:36).

It is interesting to observe that when the prophets and saints of God performed miracles, they did them by the power they had received from God; thus, they always

attributed such wonders to God and his glory. However, when the Lord Jesus Christ worked and multiplied miracles, he did them by his own proper authority and power since he is God by divine nature; thus, Christ often performed the miracles with a single word (e.g. Lk 7:14-15; Jn 11:43-44; Mt 9:6), with a touch of his hand or cloth (e.g. Mt 8:3; 9:20-22; 9:25), or with a simple gesture from a distance (e.g. Mt 8:13). There were also miracles that only Christ could do, namely: his birth from a virgin mother; his resurrection from the dead, and his ascension into heaven by his own power.

There was an objection raised in St. Thomas’ time that since Christ, the leader and perfecter of our faith, came to save man by faith (Heb 12:2), miracles would have diminished the merits of the faith, for the Lord once said, “Unless you people see signs and wonders, you will not believe” (Jn 4:48); thus, it seems that it would have been better had Christ not realized the miracles.

In replying to this interesting objection, the Angelic Doctor responded as follow: In so far as the miracles diminish the merit of the faith, they also show the hardness of the people who refuse to believe what has already been revealed in Holy Scriptures, unless they see miracles. Nevertheless, it is better that these people might come to believe and be converted through the power of the miracles than to remain in unbelief. St. Paul once wrote to the Corinthians, “Signs are given not to those who believe but for
unbelievers” (1 Cor 14:22); in other words, miracles are also done so that the unbelievers might also be converted to the faith and be saved.